Medical Records Are Going Digital: What Does That Mean For Patients?

A few years ago, digitizing medical was something being considered for the future, and it’s now a widespread practice. A recent article on the subject published by Minnesota Public Radio News asserts the Economic Stimulus Act is one reason for the shift. Now, digital records are getting even more robust, thanks to app developers. 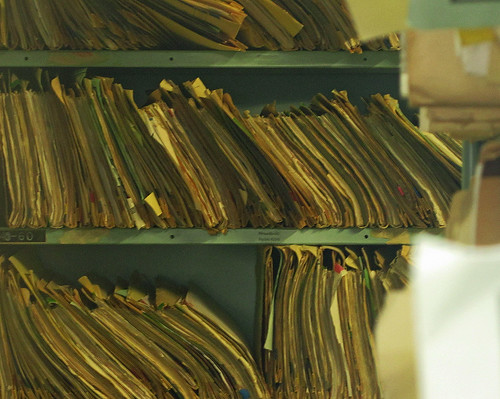 Why Apps Are Important

One shortcoming of some digital medical records systems is they can’t share information with each other. Potentially, that could cause trouble if you’re traveling and find yourself needing to visit an unfamiliar doctor or go to an out-of-town hospital for an issue that’s already regularly been being managed by a local facility. Apps are starting to bridge the gap, but they, along with medical records digitization in general, have caused some concerns for patients.

Security Guidelines Need to Be Updated

In 2012, the Federal Trade Commission released guidelines meant to protect consumer privacy, and they addressed some concerns raised about digital medical records. However, Deven McGraw, the director of Washington D.C.’s Health Privacy Project at the Center for Democracy and Technology, notes federal laws protect the private nature of medical data that’s captured by insurance companies or healthcare professionals, but legislation does not currently extend to data contained within a smartphone app.

Steps to Protect Your Data

McGraw cautions how it’s necessary to carefully read the privacy policy of any app that uses your healthcare information. It seems convenient to send important healthcare data through an app within seconds, but make sure you know how the information is being used, and who is receiving it. That should be outlined in an app’s privacy policy. It’s also worthwhile to find out how to safeguard your information in the event your phone or iPad is stolen

A service called Blue Button + is the federal government’s attempt to provide structured and secure transmissions of digital health records on behalf of individual consumers. The aim is to empower Americans to access their digital health records. Although it began at the federal level, the service has now spread to private healthcare providers. Parts of it are automated so as a person’s health record changes, he or she can request an “ongoing share,” meaning that physicians and healthcare providers automatically receive the most updated records without any extra effort on behalf of a patient. According to statistics on the Blue Button + website, it’s now possible for over 80 million Americans to access their own health records.

Where App Developers Come Into the Picture

A second facet of the Blue Button + scheme involves app developers who create platforms that make it easier for people to take control of their healthcare needs. Understandably, some people may have concerns that third-party app developers may not hold themselves to the strict privacy measures set forth in Blue Button +. To make things as easy as possible for developers, technology security experts involved in Blue Button + have begun creating security certificates intended for use with third-party apps. They let a user know if an app has been developed by a third-party company and also offer assurance that data is being transmitted securely.

Whether you access health records on an app or just your computer, look for a current security certificate and also do your part to encrypt the information with strong passwords. In closing, due to the technological advancements outlined above, it’s smart for anyone who receives healthcare to take steps towards being as informed as possible about how and why personal health data is being used before agreeing to have it transmitted electronically.